About half a year ago I made a joke video together with my nephew. If you don't know what a "force op" is, it's basically a "hack" that gets you OP (admin privileges) on a Minecraft server. There has been an actual force op using signs in the past, but that was in Minecraft 1.8 (2014/2015). Any force op thing online now is fake and a virus, but there are still plenty of people downloading those things. I've messed around with them before (see this blogpost on a keylogger hidden in a fake hack thing)

So my nephew and I decided we were going to make our own video just to mess with people. Obviously we didn't put a virus in it, but we easily could have if we wanted to be malicious. It was mainly meant as a joke, we tried to make it as obvious as possible in the video itself by adding a bunch of stereotypical stuff. Matrix/anonymous background, typing the instructions in notepad, griefing a house after becoming admin, all that. The hacking program itself had some easter eggs in it as well, with progress messages like "deleting system32", "potentially crashing the entire server" "entering the deep web" and "mining for bitcoin". 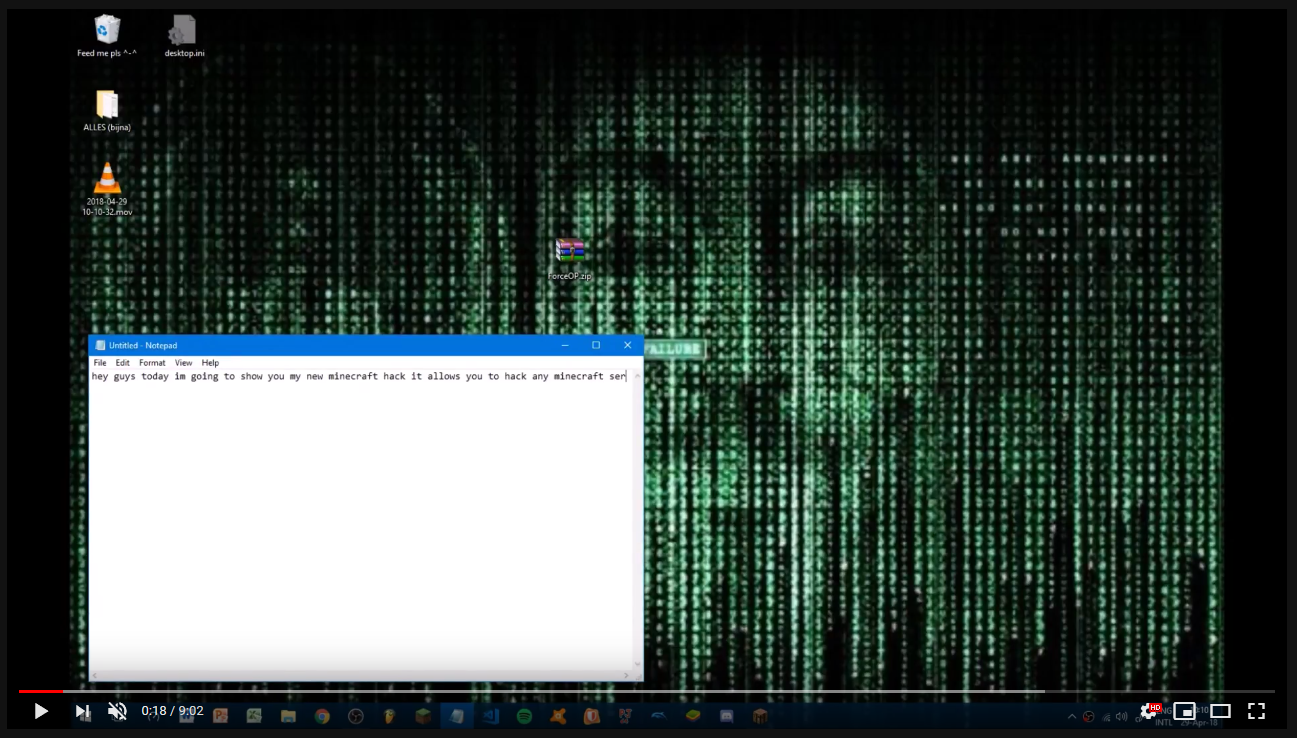 At this moment, the video has 9757 views and 4749 downloads. That's 4749 people who could've been infected with malware if we were malicious. Even when mining on dual core pentiums, that's about €80 in Monero per day (not subtracting power cost because the victims would be paying for it). Other videos have way more views than ours, I've seen one with 165.000 views.

The best thing about this is the response that our video got. Surprisingly, we have more likes than dislikes (114 likes, 52 dislikes) despite the fact that our program does absolutely nothing. At first I thought it was from people who realized it was a joke and liked it because of that, but the comments say otherwise. I like how a lot of people suspect it's a virus, even though this is probably the only force op video that ISN'T malware. 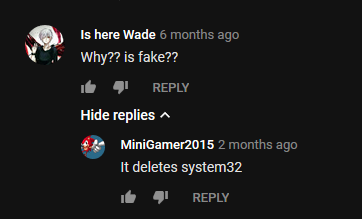 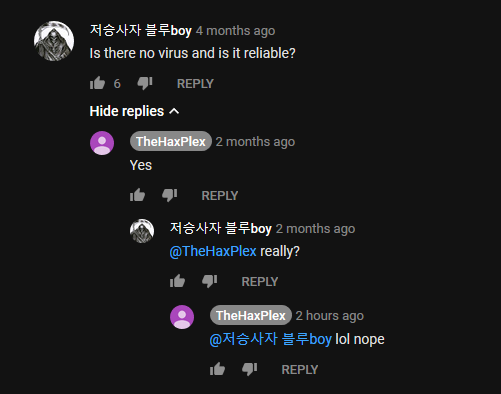 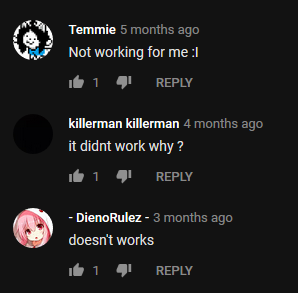 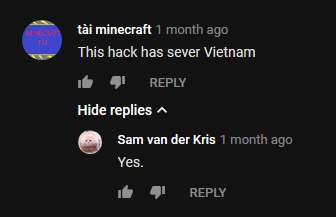 At least this guy is nice.